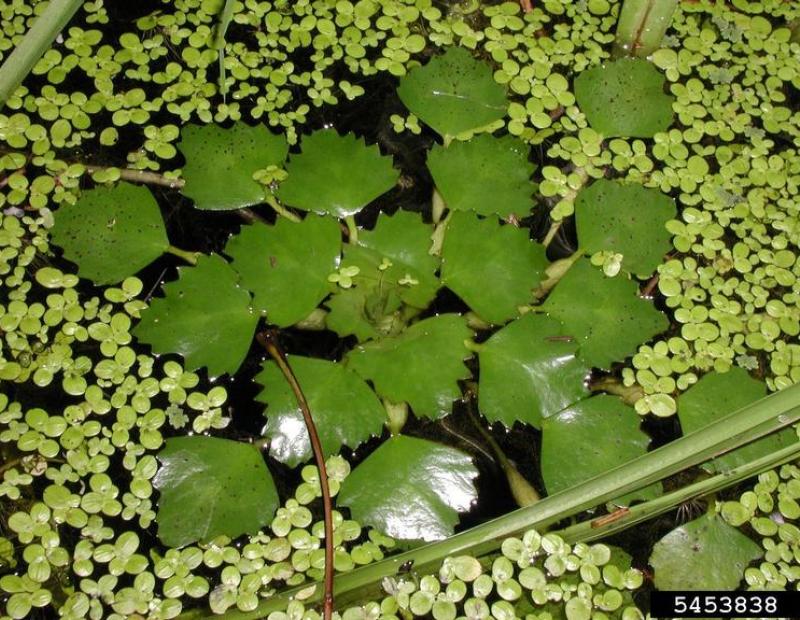 Water chestnut leaves form in a rosette, with very pronounced dentate leaf margins, and float on the waters' surface. 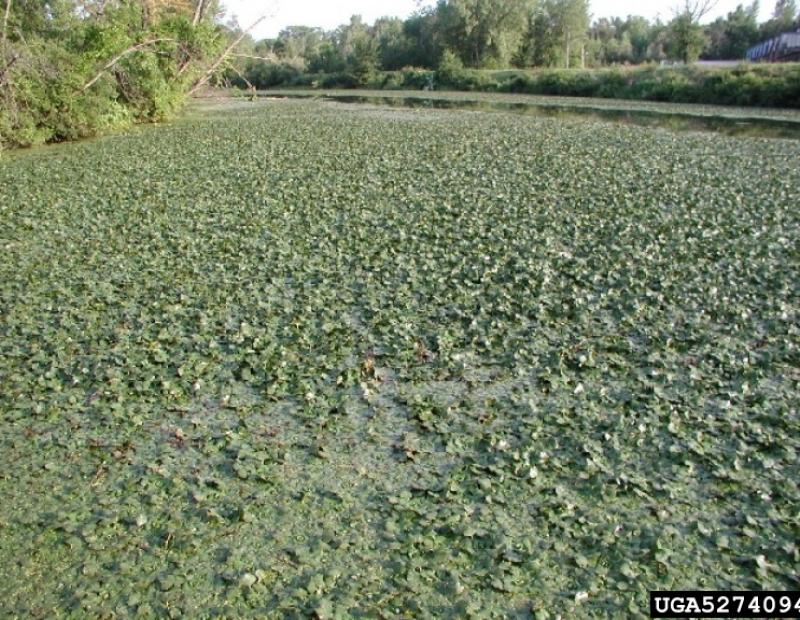 Rosettes of leaves form in wide mats and out compete native plants for essential resources. 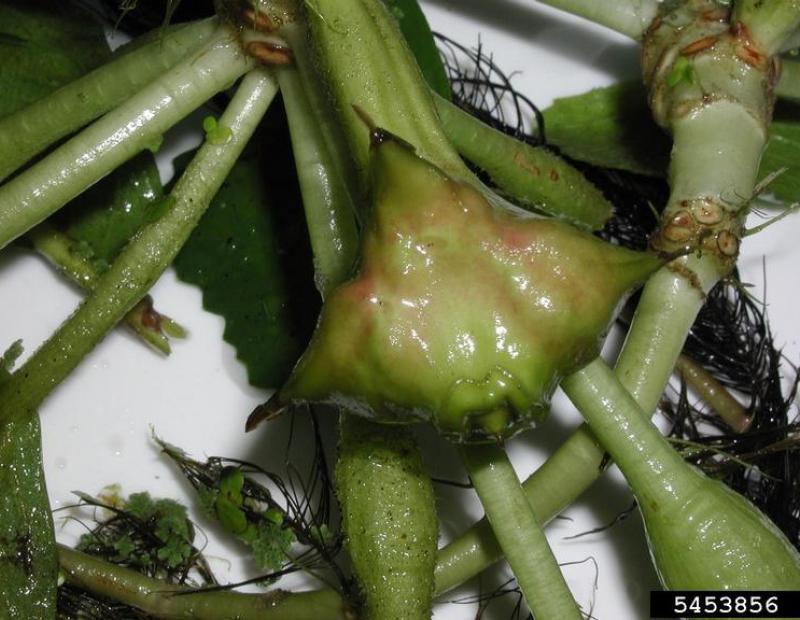 Small flowers, with four white petals and four green sepals, form in the center of the rosette. 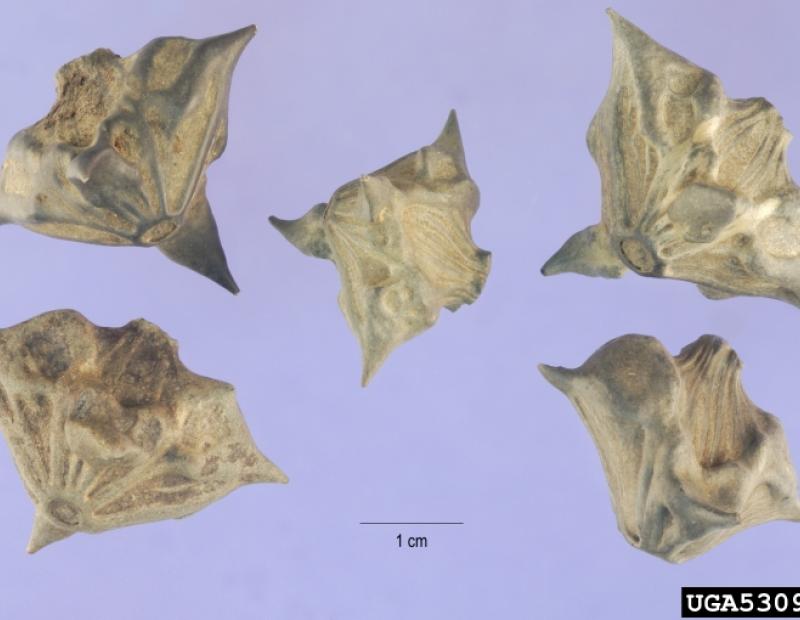 An aquatic, annual plant with floating rosettes of leaves, often forming dense mats. Floating leaves have toothed margins and prominent veins on the undersides, and each leaf has a swollen petiole to keep it afloat. The plants are rooted in bottom sediments, and feathery, submerged leaves occur along the stem.

Introduction History
Water chestnut is native to Eurasia and Africa, and was introduced to North America in the 1870s. In the US, it is invasive in the northeastern states south to Virginia, and in the Great Lakes basin.
Ecology and Habitat
Water chestnut is found in ponds, lakes, wetlands, slow-moving parts of rivers, and estuaries, where water is fresh to slightly brackish and 0.2-3.6 m deep. It prefers full sun, soft bottom sediments, and sluggish, nutrient-rich fresh water.1 Interestingly, water chestnut may have reached the limit of suitable habitat in the freshwater tidal Hudson River, as over a 10-year period water chestnut expanded at the expense of submerged aquatic vegetation only slightly more than the opposite, suggesting that coverage of both types is controlled by other factors.2
Reproduction and Phenology
Plants emerge in spring from seeds in bottom sediments and remain rooted there; rosettes are submerged as stems lengthen in May; rosettes surface in June and plants bloom in JulyAugust. Each flower forms a one-seeded fruit with four barbed spines, which ripens starting in midlate July. Its fleshy exterior soon disintegrates and the hard, woody nut is heavy enough to sink to the bottom and overwinter in sediment. Seeds remain viable for up to 12 years.1 Seeds are generally spread by humans, boats, or water birds. Clonal reproduction is also common: each water chestnut plant can produce many ramets (stems), each of which is capable of surviving and producing nuts if detached from the main stem.6
Impacts of this species

Once established in a water body with suitable conditions, water chestnut can spread very rapidly. Under ideal conditions it forms a thick mat, completely covering the water’s surface and intercepting 95% of sunlight.1 In other conditions it persists at lower densities, along with other aquatic plants. Dense water chestnut beds completely shade out submerged aquatic vegetation (SAV) and reduce dissolved oxygen (DO) to levels lethal to fish and other aquatic organisms.1,3 Low levels of DO may also result in the release of significant amounts of methane, a greenhouse gas, into the atmosphere.4 SAV provides food for ducks and other waterfowl and  supports a more diverse fish assemblage through much higher densities of microorganisms, algae, and (at times) macroinvertebrates than water chestnut. Fish found in water chestnut beds are those species tolerant of water pollution, low DO, and high turbidity. Human recreational and commercial use of shallow waters and access to deeper water is limited or prevented where dense water chestnut beds occur.1,3

Nevertheless, water chestnut provides an important ecosystem service – the low DO in water chestnut beds results in the removal of large amounts of inorganic nitrogen to the atmosphere (e.g., water chestnut in the Hudson downstream of Albany removes the equivalent of all of that city’s wastewater nitrogen that enters the river).5 The plants can also accumulate polluting heavy metals.1 Water chestnut supports a high richness and abundance of invertebrates (although different in composition than that supported by SAV) and may enhance total fish production in the Hudson (although favoring only certain species).1,3 Water chestnut beds are used by snapping turtle, blue crab, and various marsh and water birds, and many mammals consume the seeds, including beaver, muskrat, and red squirrel.1