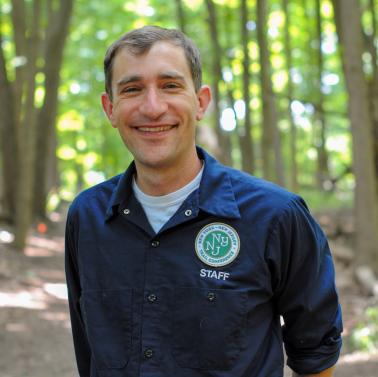 Brent Boscarino joined the Trail Conference in 2019 as our Invasive Species Citizen Science Program Coordinator and became the Coordinator for the LH PRISM in 2022. He spent the previous 10 years as a high school science teacher and environmental outreach coordinator at the Poughkeepsie Day School in Poughkeepsie, N.Y., and previously at the Harvey School in Katonah, N.Y. In his other role as Senior Research Associate at Poughkeepsie Day, Brent ran multiple invasive species-based research projects in collaboration with Hobart and William Smith, Ithaca, and Bard Colleges. Brent received his undergraduate degree from Middlebury College in 2001 and his Ph.D. in Natural Resources from Cornell University in 2009. He is a nature enthusiast to the core who strives to foster an authentic sense of wonder about the natural world. He is an avid runner and enjoys coaching soccer and hiking in his free time with his sons Wynn and Ryder and his wife, Jessica. 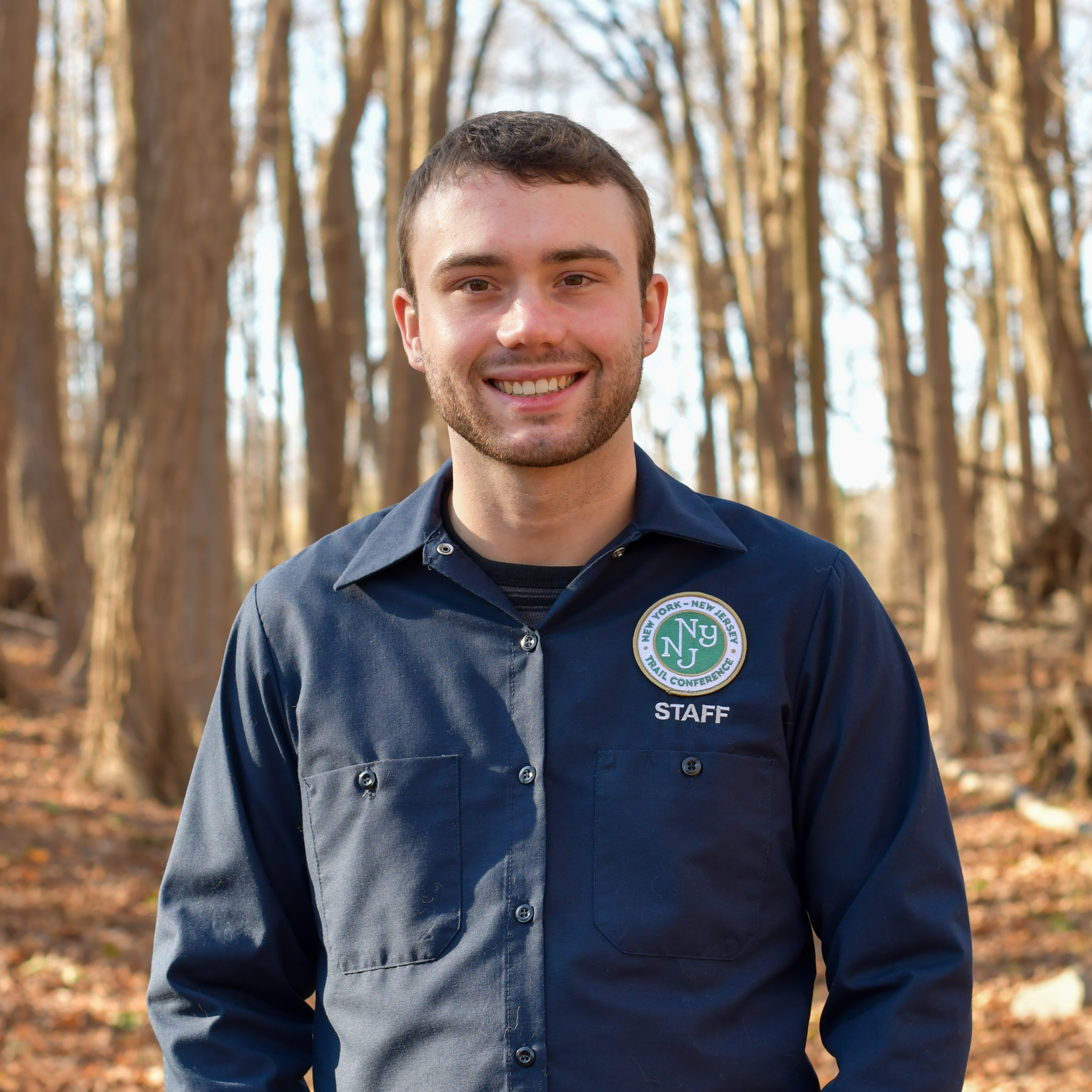 In 2017, Ryan received his B.S. in Biology with a minor in Environmental Studies from The College of New Jersey. While at TCNJ, Ryan spent three years, including two summer experiences, in a forest ecology research lab where he studied the interactions between invasive species, deer, and native plant communities. His capstone focused on the interactions between invasive earthworms, invasive plants, and native plants. Before attending TCNJ, he spent much of his time outdoors with the Boy Scouts, where he eventually earned his rank of Eagle Scout. Most recently, Ryan served with AmeriCorps on the 2017 Invasives Strike Force Crew, building trails in Sterling Forest, and restoring and protecting aquatic resources in Montana. He spent the 2019 field season as Crew Leader for the Invasives Strike Force before transitioning to Terrestrial Invasive Species Project Manager. Ryan enjoys traveling to new ecosystems, finding interesting bugs and fungi, and cooking for his friends and family. 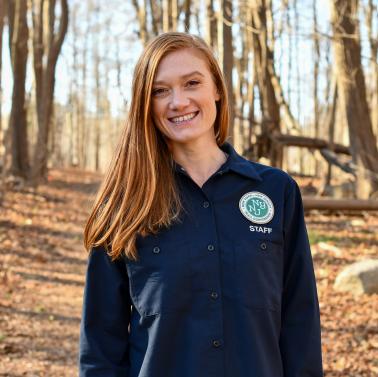 Arden Blumenthal joined the Trail Conference as a volunteer for the Conservation Dogs Program in Spring 2019.  She graduated with a BS in Biochemistry from Virginia Tech where she worked with various species of wildlife, including the elusive eastern hellbender.  She went on to pursue an MS degree from Purdue University in Ecology and Evolutionary Biology.  Arden is passionate about human-wildlife conflict mitigation, animal behavior, and conservation biology, which has led her to start a career as a conservation dog handler.  In her free time, she enjoys all outdoor activities, trying new breweries, playing board games, and baking. 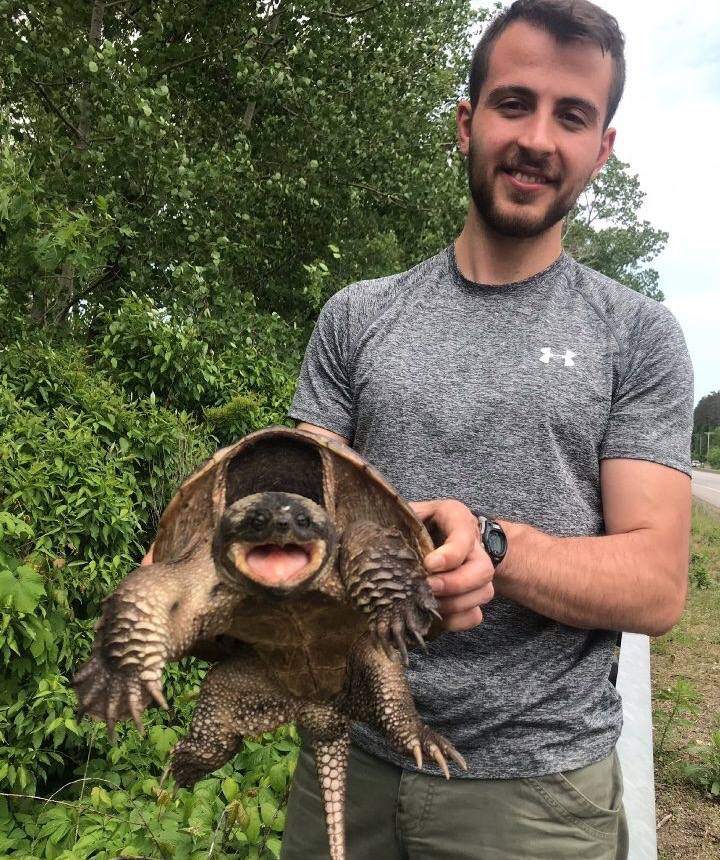 Devin DiGiacopo started as the Aquatic Invasive Species Program Coordinator for the Lower Hudson Partnership for Regional Invasive Species Management (LH PRISM) in March of 2022. Devin is employed by Teatown Lake Reservation (Ossining, NY), but has been working intimately with staff at the Trail Conference, which holds the LH PRISM contract that he serves. Devin grew up in Mahwah, New Jersey, where he spent countless hours wrangling frogs and snakes along the Ramapo River, imitating the “Crocodile Hunter” to the best of his abilities. Before joining Teatown, he received his Ph.D. in Biology, volunteered with the Trail Conference’s Invasives Strike Force and worked for the National Park Service in Gateway National Recreation Area. Devin enjoys birding, hunting, fishing, hiking, and rock climbing, and is thankful to live in a region where opportunities to do so are plentiful. 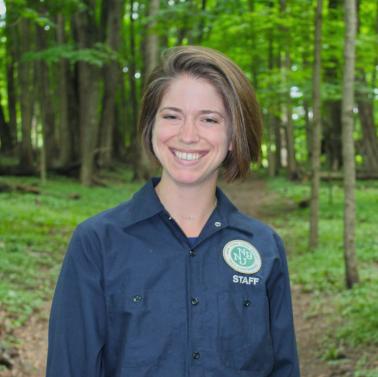 Krysti is a photographer/videographer and all-around communications specialist with over ten years of experience working with non-profits and small businesses. Through visual storytelling and digital marketing campaigns, she has helped promote and establish individual brands, missions, and messaging. After graduating from Syracuse University with a B.S. in Photojournalism, Krysti pursued her personal passion for environmental conservation, sustainability, and social/environmental justice. She began her career at a tiny environmental non-profit in Edison, NJ, where she worked out of a trailer - in a swamp - as their Multimedia Producer…and it’s only been up from there!